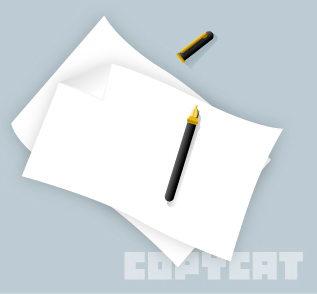 Below you'll find ten subjects for speeches, lectures and projects about cloning. Meant for pupils and students.

2. Investigate what the law in your country says about the cloning of animals. Do you agree with this law?

3. Examine the similarities and the differences between the book Copycat and the movie The Island.

4. Look at the lists with books and movies on this website. Compare a book and the corresponding movie, for instance The boys from Brazil. Discuss similarities and differences.

5. Look at the list with movies about cloning on this website. Compare two movies which tell the same story. For instance, the two versions of Invasion of the Body Snatchers or the Russian and the American version of Solaris. In the case of Solaris, you could also involve the book in your discussion.

6. Compare what is outlined in the laws on the cloning of animals in several countries. Report which country has the best laws and argue your point of view.

7. Compare what is outlined in the laws on the cloning of human beings in several countries. Report which country has the best laws and argue your point of view.

8. 8. Difficult subject: Look at the list with books on cloning. For the greater part, it concerns sensational science fiction. Some of them belong to 'real' literature: The Possibility of an Island by the French writer Michel Houellebecq; Never let me go by the Japanese-British writer Kazuo Ishiguro; The Cloud Atlas by the British author David Mitchell. Compare two of these three books, or all of them. Discuss the similarities and differences.

9. An even more difficult subject: Compare (one of) the three books mentioned above to other ones who belong to the 'sensational science fiction' genre. What makes the first three belong to 'real literature' and the other ones not? Or isn't there a real difference?

10. This subject has nothing to do with cloning in general, but only with the book Copycat. Steve says in chapter 59: "You may never threaten a person with killing him. Never. And that is what I've done." Do you agree with Steve? Or is it allowed to threaten a person if it makes it possible to save others?